Back to Base or a #speedytuesday event in Biel with the Cal. 321

Sometimes as a watch aficionado, you get an opportunity that really is something special. Shortly before the end of 2019, there was a message on Facebook on the #speedytuesday page that the last #speedytuesday event in 2019 would take place in Biel in December.

These events are organized by Jan-Robert Broer from Fratellowatches, always in association with Omega. The first event was in Biel in January, where the new caliber 321 was presented and I was lucky enough to be there in January.

After that, #speedytuesday went on tour through the rest of Europe, the USA and Asia.

At the end of the year there was even, without anyone expecting it, another closing event in the series, the “Back to Base” event. In January, the newly launched Cal. 321 next gen. was presented, and now, as intended, the movement began ticking in a watch, which was then to be presented to the Speedy fans.

After seeing the information, I immediately registered for the December event and hoped the luck of the draw would bring me to the event again. There always are a lot of registrations and spots get raffled off, so you still don’t know if you can participate and you always “hope” to get an email. Then I received the following email:

So I was lucky again and able to participate.

So, I set off the corresponding Tuesday by DB bus to Zurich and then by Swiss train to Biel. What a ride!

Let’s go to the Omega HQ:

The museum is brand new. In January, the old museum was still open directly opposite the Omega HQ. The new building now borders the HQ and stretches across the street with a futuristic design. It is located on the Swatch Group/Omega campus and was designed by architect, Shigeru Ban. The new building complex is very impressive architecturally and an eye catcher.

Whereas the old museum was “quaint” but getting old, the new museum has become a really nice museum.

The Apollo landing capsule had already landed in front of the museum and was waiting for us.

Inside, the museum is devoted to many topics particularly relevant to Omega, along with many other exhibits: the moon landing and the James Bond films are included, as well as lots of information and exhibits from the Olympic Games.

There is a walk-in Speedmaster case with a cinema and the display cases are arranged in a long steel bracelet that winds through the museum, a very nice idea.

Back to the event: The museum opened exclusively for us on this day and, first of all, we all met. It was a get-together with many other Speedmaster fans from all over Europe (there was even a fan from California in January), where many of us already knew one another personally. It has always been special.

Of course, there were also many beautiful watches from the participants to admire.

President Raynald Aeschlimann, himself, welcomed the participants. I always think it’s special when the management is also interested in the fans and customers. The CEO was there all day in January, too, and is open for questions or simply to chat at all these events.

The whole Omega team is very close to the fans and you don’t get the impression that they have to do it; they want to do it. That’s great. And although Raynald Aeschlimann was really sick this time, he didn’t miss the opportunity to appear in person.

Our guide for the day was French astronaut, Jean-François Clervoy, who was in space three times with the space shuttle and visited the MIR space station. He was also on a spacewalk and repaired the Hubble Space Telescope on one of his missions.

Then the theme returned to the caliber 321 next generation and the manufacture of the work. For this purpose, the watch of Gene Cernan was tomographed in layers without opening, the technical drawings were created from the images and the watch was then reconstructed. Reverse engineering, so to speak.

Crazy. And the Cal. 321 – I had already seen it in January – is a really beautiful work. But now there was an opportunity to admire the Cal. 321 live in the Omega Speedmaster Moonwatch 321 Platinum. Besides the complete watches, there were of course details, such as the individual steps for producing the onyx dial with meteorite subdials.

As already mentioned, the work is so beautiful and also looks good when installed in the case.

At the end, there was a tour of the museum. Petros Protopapas, International Brand Heritage Manager and Director of the OMEGA Museum was also there to answer questions. There isn’t much about Omega that Petros Protopapas doesn’t know. It’s always interesting to listen to him. He can really carry somebody away.

Here are some pictures of the museum with a short description.

A great 360 ° cinema in the walk-in Speedmaster case gave great insights into watchmaking.

The museum – a quick photo without participants. After that, of course, it got crowded.

Gene Cernan’s Speedmaster, the last watch on the moon, that was used for the reconstruction of the 321 Cal.

Very interesting: The original NASA order for the Speedmaster watches from 1964. $ 82.50/watch, for 12 pieces. The price – you can’t even think about it today.

The first Omega in space from 1962. Wally Schirra wore this Omega privately. At that time, Omega was not yet in NASA’s sights.

Of course the new Bond watch was also available.

And the first #speedytuesday post by Robert-Jan Broer was also recognized.

Of course, this is only a small part of the Omega Museum. If you are a watch fan, a visit is a must. Be sure to go there. It’s worth it.

At the end we were picked up and we all had a delicious meal together.

A really great day came to an end.

My thanks go to Robert-Jan Broer and his whole team for the wonderful organization. The same goes for the whole Omega company, who make this possible and who were there with Raynald Aeschlimann, Gregory Kissling, Petros Protopapas and many more and were always available. Not many companies do that and in my eyes, it is a great way to involve fans. And of course, thanks also to Jean-François Clervoy – it is simply wonderful to get first-hand stories and to speak to someone who has been in space several times. You can’t do that every day. This day is definitely one that will remain in my memory forever.

And finally, two videos from the Omega Speedmaster Moonwatch 321 Platinum. Here you can see even better how beautifully the dial sparkles in deep black and how lovely the 321 next gen. is. 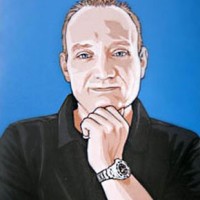 This site uses Akismet to reduce spam. Learn how your comment data is processed.

This website uses cookies to improve your experience while you navigate through the website. Out of these cookies, the cookies that are categorized as necessary are stored on your browser as they are essential for the working of basic functionalities of the website. We also use third-party cookies that help us analyze and understand how you use this website. These cookies will be stored in your browser only with your consent. You also have the option to opt-out of these cookies. But opting out of some of these cookies may have an effect on your browsing experience.
Necessary Always Enabled
Necessary cookies are absolutely essential for the website to function properly. This category only includes cookies that ensures basic functionalities and security features of the website. These cookies do not store any personal information.
Non-necessary
Any cookies that may not be particularly necessary for the website to function and is used specifically to collect user personal data via analytics, ads, other embedded contents are termed as non-necessary cookies. It is mandatory to procure user consent prior to running these cookies on your website.
SAVE & ACCEPT
Loading Comments...